The idea to develop a Scholarship Foundation for Nebraska students studying veterinary medicine was conceived in 1994. The historical committee of the Nebraska Veterinary Medical Association was making plans to celebrate the 100th anniversary of its origin. In addition to the celebration, the committee wanted to develop something that would be endearing, enduring, and encourage future generations of veterinarians.

The committee commissioned Ted Long of North Platte, Nebraska to create a sculpture depicting 100 years of veterinary medicine in Nebraska. One hundred fifty of the limited edition bronze, "the Centennial Doctor", were sold and the proceeds used to establish the NVMA Centennial Scholarship Foundation. The Foundation received its 501 c(3) status from the internal revenue service in 1995.

The first scholarship was awarded in 1996, the NVMA's centennial year. Scholarships have been awarded annually since that time, and the number and size of the awards has increased each year.

The Foundation has seen remarkable growth since its origination. These contributions have been made by the NVMA Auxiliary as a part of their mission to aid and enhance the profession, by donations from loyal supporters, and as memorials to deceased members and friends of the profession. Contributors who wish to have a scholarship named in their honor can do so by Endowing the Scholarship with a donation of $ 10,000 or more.

Thanks to the generosity of current and deceased members of the NVMA, their families and friends, the Foundation has an ever growing list of endowed scholarships.

Bronze Scholarship endowed by the original purchasers of "Centennial Doctors.

Dr. Joe and Sonja Landholm Scholarship for the advancement of veterinary acupuncture

Dr. John and Donna Cerny Scholarship in memory of the couple who served the NVMA and the NVMA Auxiliary as presidents.

Jan Weiler Memorial Scholarship established in honor of the Honorary Member of the NVMA and long time Administrative Assistant to the NVMA's executive director.

Francis L. and Rosemary (Kramer) Neumann Scholarship established by Dr. Charles and Mary Lou Neumann in honor of his parents.

Raymond and Dr. Steve Wright Memorial Scholarship this scholarship, named for the former NVMA President Dr. Steve Wright and his father, was fully endowed in 2007 by the many donations from the friends and family of Steve. The scholarship had been initiated years earlier upon the death of Raymond. A bequest from the estate of Steve's mother Virginia, further enhanced the fund in 2012.

Dr. Oliver and Vera Grace Memorial Scholarship established by their son and daughter in 2012. 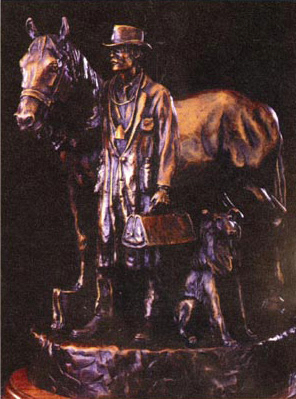